Key point: A personality disorder is a “relationship disorder” at the true root core. Because repetition is the key to programming and strong memory recall, this key point is repeated several times throughout the blogs and book. Many doctors will not formally diagnose someone with any type of “personality disorder” UNLESS they are engaged in some type of horrific relationship dispute with a former loved one (spouse, boyfriend or girlfriend, sibling, parent, etc.). Thinking that the government is corrupt like upwards of 80% to 90% of Americans do today, per various national polls, is not usually a prime example of clinical “paranoia.”

For males, severe paranoia or schizophrenic-like traits, typically begins for the very first time during the ages of 18 to 22 years. For females, paranoia or schizophrenia can begin much later in life due to significant thyroid {women are 10 times more likely to have hypothyroidism, or weak thyroid, issues than men partly since the female hormone called estrogen can block the complete absorption of iodine (primary fuel for a healthy thyroid)}, adrenal, and / or hormonal changes related to body changes such as menopause, childbirth, or the inability to handle basic levels of stress. 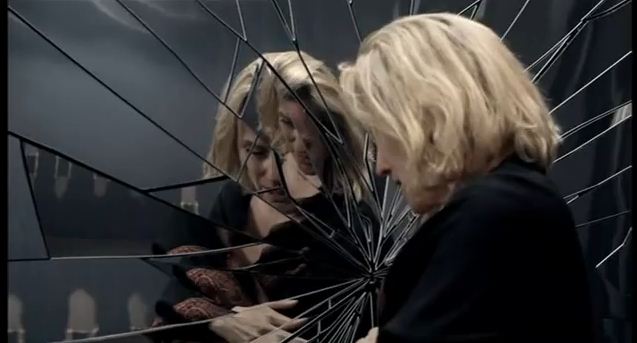 The lack of insight into their own self and relationship-destructive behaviors is one of the main warning signs as they see the conflicts originating outside of them prior to strongly reacting in their version of a “protective” manner. Or, they see their actions that they initiate (or going on the offense) as merely their “defensive” reactions to perceived slights that nobody around them can see (i.e., they may take a person’s harmless bad joke as a literal statement with hidden dark meanings that could harm them).

Many divorce attorneys can clearly see the paranoid behaviors in their clients that the same attorneys will try to “fuel” for worsened paranoid or anxiety perceptions primarily so that the legal conflict lasts much longer for more billable hours. If so, this is a form of legal fraud that can make the advising “family” law attorney liable for fraud and loss of legal license with litigation filed by the paranoid client and / or other close family members being adversely affected by the devious and convoluted control of the paranoid family member.

The most extremely paranoid controlling parents may have been abused as children themselves (emotionally, physically, and / or sexually) by their own parents, neighbors, or other family members or friends of their parents. In these cases, these same people (men or women) when they grow up to become married adults may believe that the other parent may harm the children just like they were harmed. This is true even if there was no history of verbal or physical abuse between the married spouses. On a subconscious level, a Narcissist male may view his ex-wife as akin to his “mother abandoning him again” while a Borderline female may see her ex-husband as exactly like “any male role model or stranger who abused the female as a young child.” Because of these overwhelming fears, the paranoid controller parent will try to keep the children away from the other parent.

Legal causes of action that could be claimed against the unethical and controlling “family” law attorney in separate civil lawsuits may include: 1. Negligence; 2. Undue Influence (akin to an evil Svengali hypnotizing them for easier control); 3. Breach of Fiduciary Duty; 4. Breach of Contract; 5. Fraud; and 6. Negligent Representation. Most attorneys have some type of business umbrella insurance (or errors and omissions insurance) policies for up to several million dollars that could be sought by claimants in a lawsuit against their own attorneys for taking advantage of the client’s unjustified fears. These lawsuits could seek all paid legal fees plus up to several times the total amount as a form of punitive damages for the fraud. If proven, the claimants should consider sharing the attorney’s fraud charges with past clients of the same attorney so that they can seek justice themselves.

To learn more about how to file fraud complaints and legal claims against attorneys, please visit this Lawyers.com website:
https://www.lawyers.com/legal-info/research/legal-malpractice/reporting-lawyer-for-ethics-violations.html
Reporting a Lawyer for Ethics Violations

Long term drug usage (prescription pills and street drugs), hormonal changes, and traumatic childhoods with abusive and controlling parents are some of the main causes of many types of personality disorder traits that especially include Paranoid Personality Disorder. In addition to being pathologically jealous and controlling, they generally have a very poor sense of humor and may be unable to hold any jobs partly since they think that “everybody is out to get them.” Let’s quickly review the typical behaviors for people with perceived or formally diagnosed Paranoid Personality Disorder traits (as defined by WebMD):

Recovering from the Relationship Trauma

The 5 Stages of Grief, first coined and defined by Dr. Elisabeth Kübler-Ross, as it primarily related to the stages of dying in her 1969 book entitled On Death and Dying, are listed in order as follows: 1. Denial (the most common first reaction for most people; the automatic deflection of any responsibility, criticism, and acceptance of the current situation is somewhat like a primitive “fight or flight” response that helps us cope with the pain and suffering); 2. Anger; 3. Bargaining; 4. Depression; and 5. Acceptance. Effectively, the first four stages of grief are just other sides of fear while the 5th stage of Acceptance gets us back onto the road to recovery hopefully sooner rather than later.

How Forgiveness Heals You First

Forgiveness is the most important first step in your healing process.  We all want you to heal so that you’re most likely to reconnect with your children and others around you. In most cases, a controlling parent is dealing with personal health challenges themselves which makes them both self and relationship destructive. Remember, a person cannot treat others around them any better than they treat themselves.

“The weak can never forgive. Forgiveness is the attribute of the strong.”
– Mahatma Gandhi

Please just say the other parent’s name over and over with these three key words until it’s embedded in your subconscious mind that is directly related to marital vows such as “in sickness and in good health” because, in most cases, we’re battling someone with serious health issues:

You can visualize the cutting of a 1,000 pound anchor as you set sail higher above in a balloon as you release yourself from the negative anchor. Now, a smiling, happy, and healthy parent is more attractive to a child.

1 thought on “Anxiety, Paranoia, and the Need to Control”